I have a confession to make.  I still prefer to read print books. I know, I know. I've spent several years now in ebooks, and I just cannot convert my preferences to the electronic. I love the feel of a book in my hands. I love seeing my book mark sticking out of the top, showing me how far I've come and how far I have to go. I love the smell of a brand new book. I love the sound it makes when you flip the pages really fast.

Now with the confession out of the way, I have an announcement. I'm working to publish all my re-released (originally Torquere Press published) ebooks in print form. I am so excited about this that it makes me squee. Just this past weekend I ordered a printer's proof of False Dawn. It should be here by Friday. Friday! *squee!* So keep watching here, or my Facebook page, or just pop over and search me on amazon.com every now and then to find out when my titles go to PRINT.
Posted by Maia Strong at 7:00 PM 1 comment:

Wow, it's been at least a month since I showed my virtual face around here! Sorry about that. Summer has a way of slipping through my fingers.

Book update: Chris Owen and I finished the sequel to By the Numbers! It's coming out in September for Torquere Press' 10th Anniversary! Pretty darn excited about that. Torquere will also be offering one of my books for FREE on one day during that month. Will be sure and let you know what day and time, since it's only going to be for a very short period during the day.

Mostly I've been trying to come up with my next project. Not sure in which direction I'd like to go. There are always more firemen to write about, but branching out is good, too! I'll take any and all suggestions.
Posted by Tory Temple at 6:00 AM No comments: 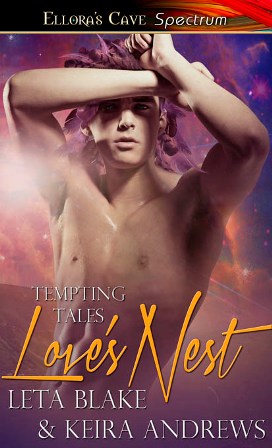 The man in this boat was as startling to look upon as the rest. He was smaller than the rest of the creatures, his hair short and quite pink, sticking up in all directions as though he’d just woken from sleep, or perhaps never used a comb. He wore a riot of colored feathers woven into a shirt and breeches made of the softest brown leather Mateo had ever seen. Mateo’s own fine woolen trousers and exquisite silk-trimmed tunic seemed almost shabby in comparison to the wild wonder before him.

The man’s lips were the same pink as his hair, and his eyes were blue, fierce—as though they contained a soul stronger than his form. Mateo’s blood coursed. He was as captured by the look of this man as he’d been captivated by the sensual lure of the water. Mateo swallowed hard, hesitating. Did he dare get in? He must to follow his sisters.

Mateo stepped forward and the creature smiled. Frozen in place, Mateo checked that he still wore the cloak. Lámina’s voice echoed in his mind. The one who sees you despite the cloak’s magic is a friend.
“Ópalo!” the man rowing Luz called as distance grew between his boat and the shore. “Next time, perhaps.”

Ópalo, for that must be his name, did not look away, keeping his eyes on Mateo’s own. “One moment more.” He quirked his lips into a small, amused smile and rested his oar against the side of the boat.

Mateo took a step forward and Ópalo’s eyes lit up. He lifted his chin slightly, almost imperceptibly, with a motion that indicated Mateo should come. Mateo lifted his hand in a small wave, and Ópalo nodded his head and smiled. It was a toothy, pretty thing that made Mateo catch his breath and take a step back.

“We must not be late to the dancing.”

“Stay then, and yearn for your bride to come. It changes nothing,” Azulejo said before bending himself to the oars, speeding Luz away at an alarming rate.

Seeing Luz’s white nightgown and dark, shining head disappear across the lake broke Mateo from his shocked state, and he quickly clambered into the boat with Ópalo. He ignored the offered hand as he stepped aboard, causing the boat to rock dangerously, nearly toppling them both out. Mateo’s stomach lurched, and there was a spray of cold water against his face as Ópalo steadied the boat with his oar, digging it into the bottom of the lake. Mateo sat down quickly.

Ópalo grinned, his blue eyes—blue as a summer sky—twinkling, and his lips spread again into that beautiful smile. “No need to be so formal.”

Mateo wasn’t sure what to make of the casual tone, but there was nothing customary about the situation. He’d traveled with his sisters into a magical realm while hidden beneath a cloak that rendered him invisible, and which had apparently determined in some unfathomable way that this man, of all men, was to be Mateo’s friend. He knew he should find more comfort in that, but he felt quite the opposite. It was hard to concentrate over the ceaseless thrumming in his veins.

Ópalo went on. “I’m so glad you came. I’ve waited for you. You have no idea how long.”

Up close, Mateo could see that Ópalo seemed made of the shifting light from the diamond forest, his skin a mottle of beautiful colors that glowed breathtakingly in the moonlight. His eyebrows and eyelashes were pink, like the hair on his head, except that none of it was hair. Instead he had feathers, longer and thicker on his head, but short and fine around his eyes. His eyelashes appeared to be the daintiest feathers that Mateo had ever seen. And Mateo, out of either the arrogance of royalty or the shock of the moment, reached out a hand to feel them, only pulling back from touching the beautiful oddness at the last moment.

Ópalo shook his head, and then reached out to grab Mateo’s hand with a strong grip. He leaned forward, offering his eyebrows and hair up to Mateo’s touch.

Mateo pulled back without making contact, a belated terror pumping through him. “Who? What?”

“Shh,” Ópalo said softly. “They can hear. Sound carries over the water. You’re hiding for a reason?”

Mateo swallowed, nodded his head, and realized he was shaking.

Ellora's Cave   Amazon   All Romance Ebooks
Posted by Keira Andrews at 8:00 AM No comments:

Summer has been fun. Yay! I was hot already for a month before summer actually started and it’s been even hotter since it has. This is shaping up to be a long summer. I’ve been getting out and having some fun in the sun. A few of the things I’ve done for summer is go to the park, sitting on a blanket and reading a bit then getting some ice cream. Also went for long walks and enjoying the day. I meet the most interesting people when I’ve done either of my summer fun things. This leads to great conversations. Also there has been many movies this summer that I have seen and even more I plan to see. I love summer! Summer is here and it’s time for fun. 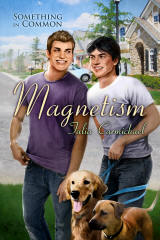 Buy Magnetism here
Posted by Talia Carmichael at 5:44 AM No comments: 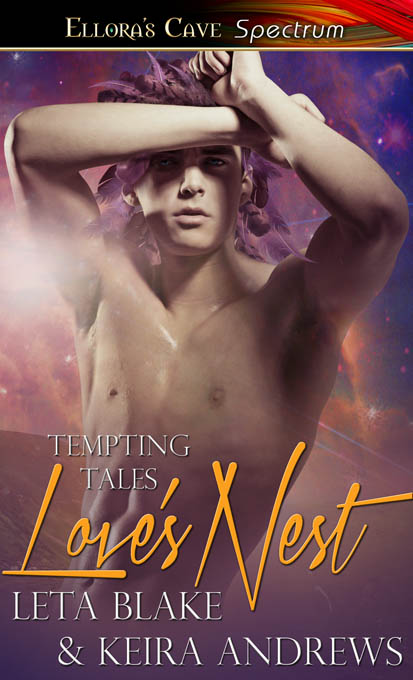 Posted by Keira Andrews at 7:35 PM No comments:

Giveaway, WiPs, and a Cause

Finally, a writing update. It seems like it's been forever since I told myself it was time to refocus on a new story. Usually, the day job slows down before July, and here we are with July well on its way, and I've still not seen that free time at the office.

But that's neither here nor there. I've managed to leave work at work more often lately, and have news of two new works in progress. Yay!

First, I'm working on a new light and fun contemporary M/M. I'm not ready to reveal more, because these two men are being stubborn and making me work hard to drag a story out of them.

To celebrate finally rediscovering my muse, I'm giving away a copy of my last book, Hounded By Love from Loose Id. You can sign up at my blog HERE.

And speaking of books, please take a moment to check out an auction to raise money to protect children from abuse. The Shut the Book on Child Abuse auction will happen online starting July 15th. So if you don't win on my blog, you'll have a chance to bid on a signed paperback of Hounded, and many other books, while also helping two good causes. Check it out HERE.

Happy July, dear Readers!
Posted by Pia Veleno at 9:00 AM No comments: