Read a new pre-release excerpt from my gay Amish romance 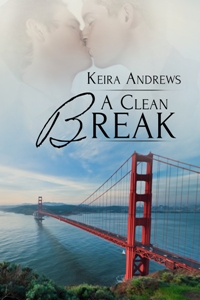 They’ve escaped to the outside world—but can they really be free?

David and Isaac have found happiness in each other’s arms. In faraway San Francisco, Isaac’s brother Aaron helps them explore confusing “English” life and move beyond the looming shadow of their Amish roots. For the first time, David and Isaac can be openly gay, yet they struggle to reconcile their sexuality with their faith. At least they don’t have to hide their relationship, which should make everything easier. Right?

But while Isaac thrives at school and makes new friends, David wrestles to come to terms with the reality of the outside world. Haunted by guilt at leaving his mother and sisters behind in Zebulon, he’s overwhelmed by the hustle and bustle of the city as he works to get his carpentry business off the ground.

While David and Isaac finally sleep side by side each night, fear and insecurity could drive them miles apart.

Release day is less than two weeks away, and to celebrate here's a new snippet from A Clean Break, the sequel to A Forbidden Rumspringa. One of the first challenges ex-Amish face is figuring out "English" clothing styles and sizes. In this scene, Isaac and David are at Target. Isaac's older brother Aaron has bought them underwear to try on while he picks out clothes for them. Enjoy!

Isaac took the room on one side of the narrow hallway, and David the other. He could still hear the ever-present music, which he supposed was better than silence, since he felt incredibly self-conscious all of a sudden.

After hanging up his hoodie, David perched on the little stool in the corner and removed his sneakers. He peeled off his T-shirt and with a deep breath, stood and pulled down his jeans. The air felt cool against his cock and balls, and he was acutely aware of how many strangers there were just beyond the flimsy dressing rooms.

He grabbed the first package in the bag and ripped it open. They were briefs of different colors, and he chose the white ones. He wasn’t sure if the size was right, since they felt tight as he pulled them up. They seemed to fit around the waist, but they squished everything else together, his privates bulging against the cotton even more than the man’s in the picture.

“Isaac?” he whispered. “Have you tried any on?”

“Boxers. They feel strange. What about you?”

“I’m not going out there! Someone might see,” David hissed.

“Just open your door and I’ll open mine. On three. One, two—”

His pulse racing foolishly, David listened to the creak of Isaac’s door and edged his open. Sure enough, he could see right into Isaac’s dressing room. Isaac stood in nothing but the little shorts, which were decorated in squares of greens and blues.

Isaac’s gaze raked over David, and he swallowed hard. “You look…”

“Silly?” David peered over his shoulder into the mirror. He could see the faint shadow of the crease in his backside through the cotton. “They’re so tight! I know this is the way they’re supposed to be, but…”

“You need to buy those.”

Isaac shook his head. “Right. I forgot.” He peeked down the hallway before adding, “You look really, really good.”

“Oh.” David flushed as he looked down at himself. “You think so?”

Isaac nodded vigorously. “You look like the man in the picture.”

Even though he was standing there practically naked—and practically in public, even though no one could see—confidence surged through David. “You should try them too. The boxers look good, but…” He could imagine how the tight cotton would hug Isaac’s lean hips, and—

As the man at the counter began speaking, they both jumped and slammed their doors. David leaned against it, heart thumping. He stared into the mirror, suddenly feeling unbearably exposed and wrong.

Aaron’s voice echoed from down the hallway. “Hey, man. My brother and his boyfriend are in there. They’re new around here and need clothes, so we’ll be here for a while. I practically filled the cart, so we’ll start with the jeans.”

As the man replied, David took a deep breath and blew it out. Boyfriend. Aaron had said it to a stranger like it was nothing at all. David couldn’t imagine what it would be like if he and Isaac didn’t have Aaron to help them. He’d thought he was so very worldly taking June’s truck to the drive-in and wearing jeans. Reading a dirty gay magazine from the gas station. What a joke—he barely knew anything.

Then Aaron’s voice was right outside the door. “You can only take eight items in at once, so I picked stuff for each of you. We’ll start with the pants.” He placed a few over the dressing room door. “I’ll sit out here and wait for the fashion show. David, I went a size smaller than the jeans you already have. And there are skinny leg, boot cut, dark wash—actually, never mind that. Just try ’em on and see what you like.”

David could barely get his feet through the bottom of the legs, so he hoped they were the skinny ones, as he couldn’t imagine anything skinnier. The dark denim hugged his thighs, and he wasn’t sure he’d be able to bend over. There were two mirrors in the stall, and he looked at himself from all the angles.

The shame evaporated, and energy pulsed through him as if the music in the air was singing inside him. It was frightening, but exhilarating. With his bare chest and the jeans clinging to his body, he could almost be an English rock star, or someone in a movie. He’d never looked so different in his life. So very not Amish. He ran his hand down his chest and belly, and then lightly over his fly. He still wore the briefs, and he tingled.

With a deep breath, David opened the door. He grinned. “Not bad.”

Posted by Keira Andrews at 1:30 PM