Diversity in m/m fiction -- and a giveaway!

I'm over at Boys in Our Books this week talking about diversity in gay romance (and the lack thereof), and also giving away a FREE copy of my new contemporary figure skating romance Cold War. Check it out!

And here, have a pretty picture of the man who inspired my main character. :D 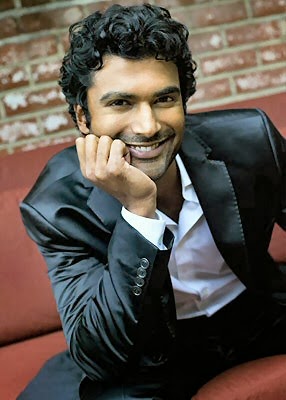 Posted by Keira Andrews at 11:53 AM No comments:

It feels like ages since I've done any proper world building. I did so much of it for several years running, and then poof! Nadda. Just last month, that began to change. I love to read steampunk stories. I attended Steamcon V last October. These days, it is my favourite costuming genre to peruse online and find excuses to build. For a couple of years now, I've wanted to write my own steampunk story in my own steampunk world. My first attempts were with potential co-authors, but for varying reasons we simply couldn't get on the same page. (No pun intended.) Then I tried for months to work on an idea of my own, but the damned thing wants to come out as a movie script and that is just not something I can deal with right now. Plus, it has too many ambiguities even for me, and I am a classic example of a pantser. Now, at last, I'm in a groove. A writing groove, a world-building groove, a steampunky groove.

I've built the framework of the world and the general mores of two societies. I've done research that was more than just a string of increasingly unrelated distractions. I've presented a number of hurdles to my characters, and they are working hard to leap each of them in their arduous journey towards their HEA.

Now, if you'll excuse me, the two fine gentlemen talking at me inside my head would really appreciate having their story written down. I oughtn't keep them waiting.
Posted by Maia Strong at 1:17 PM No comments:

Release day — and a sale! Cold War is available now at Loose Id, and four of my backlist books are on sale. Check out the slashed prices in red!

Enemies on the ice — lovers in the locker room

After an explosive locker room confrontation with his Russian rival ends in the most surprising and intense sex of his life, American pairs skater Dev Avira needs to refocus. He’s worked for years to win Olympic gold, and he can’t let himself—or his partner—down. Distraction in the form of steely and smoldering Mikhail Reznikov is the last thing he needs as he prepares for the biggest competition of his life.

But with the Games only days away, they can’t keep their hands off each other. Dev soon learns that beneath Mikhail’s arrogant and aloof exterior is Misha, a passionate man who warms Dev’s heart and scorches his bed. They’re both determined to win, but for Misha his freedom could be on the line. Can Dev put his deepening feelings on ice as he goes for gold?

Plus — enter to win!

I'm giving away three copies of Cold War as part of the Sports Romance Blog Hop. Contest closes Feb 5 at 11:59 eastern. Good luck!
Posted by Keira Andrews at 10:58 AM No comments:

I'm working on edits this weekend. In honor of this process I give you Taylor Mali "The The Impotence of Proofreading"

If you enjoyed this clip, Mali also has a video about speaking with competence and another about teachers. Well worth the time to explore all of his work.

Next month, I'll share more information on the upcoming release. Have a great February, dear readers!