The Mercenary Post: Get a Kindle (or certificate) AND "Counterpunch"

I've been remiss in my duties - means I barely blogged for a few weeks. The main reason is that I'm currently 150% engaged in the little start-up publisher I co-founded with Rachel Haimowitz and Chris Hawkins, Riptide Publishing, which is an amazing labour of love. I've always toyed with the idea to one day start a business, but in this case, suddenly all the missing skills and people appeared and formed a kick-ass team. The authors who have signed up with us are at the very top of their game, and we are looking forward to launching their stories on October 30.

Being a publisher (running part of the business), and editor (ultimately turning a good book into a better book and guiding authors), and face of a company (giving interviews, approaching authors, customer service) in addition to being full-time employed has, admittedly, eaten into my writing time.

It would be weird if it were any different. Then again, we saw that coming and expected no less. It can be uncomfortable to suppress the urge or form new habits, but I expect to be able to go back to some writing once our launch is done. You guys of course won't notice the difference for a fair while, because the books I wrote before we founded Riptide are still in the pipeline and are being produced as we "speak". There's, first, the "Dark Soul" series, a line of hot and kinky short stories collected in a few volumes that still form an overarching plot - and that plot is clearly a romance. But there's also a lot of soul-searching and character exploration as people deal with their scars and darkness and the taboo to be gay in the Cosa Nostra. 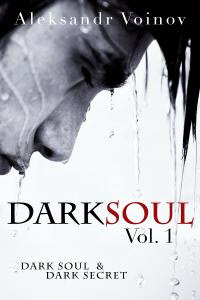 "Dark Soul" is the first book I'm putting out via Riptide - just look at the cover! - and the process has been everything I hoped for: the editing has been brutal, but I'm convinced that "Dark Soul" is, writing-wise, the smoothest, stylistically best I've ever written in English. It does pay off to have an editor rip the guts from a story and question everything that's not 100% solid. I can't praise Rachel enough for kicking the complacency out of me. She's one tough lady.

And the year ends with another release: On 20 October, Samhain releases "Break and Enter", written with Rachel Haimowitz (do you detect a theme?). The link has an excerpt.

After that, things will quieten down a lot. I'll be working on three full-sized historical novels, and those take a lot of time. If I do nothing else, creatively, in 2012 but get those three novels ready, I'll have been really busy.

But before that happens, my second English solo novel will hit the shelves. On 4. November, Storm Moon Press is putting out "Counterpunch", my boxing novel.

And if you pre-order the book (before the release date on 4 November), you can win a Kindle or a $115 book certificate. Right now, Counterpunch is 20% off, too.

Brooklyn Marshall used to be a policeman in London, with a wife and a promising future ahead of him. Then he accidentally killed a rioter whose father was a Member of Parliament and had him convicted of murder. To ease the burden on the overcrowded prison system, Brooklyn was sold into slavery rather than incarcerated. Now, he's the "Mean Machine", a boxer on the slave prizefighting circuit, pummelling other slaves for the entertainment of freemen and being rented out for the sexual service of his wealthier fans.

When Nathaniel Bishop purchases Brooklyn's services for a night, it seems like any other assignation. But the pair form an unexpected bond that grows into something more. Brooklyn hesitates to call it "love"—such things do not exist between freemen and slaves—but when Nathaniel reveals that he wants to help get Brooklyn's conviction overturned, he dares to hope. Then, an accident in the ring sends Brooklyn on the run, jeopardizing everything he has worked so hard to achieve and sending him into the most important fight of all—the fight for freedom.


So, if you like some grit in your romance, you can't go wrong with Counterpunch. It should tide you over until I get the historicals ready. Hell, it'll tide *me* over while I slave away over the research...
Posted by Aleksandr Voinov at 7:45 AM

ooh, counterpunch looks so good! And I can't wait to read Dark Soul. Sitting on my ereader taunting me. It is next on my list...

I'm really proud of both of them. :) Thanks for commenting!

Dark Soul (gorgeous cover) and Counterpunch both sound deliciously raw and edgy - which seems to be your signature style and I'm forever grateful. :)

Looking forward to reading both!

Mary - definitely my signature style, thank you. :) I really can't do anything else, so you're stuck with those kinda books from me.