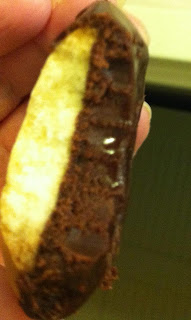 I was feeling the need to go back to Baltimore, fictionally, and fortunately I live close enough to that charming city to drive down for a weekend so I could get more of a feel for it in person.

Google maps are awesome, but there's nothing like actually driving on the same street as your characters might or seeing the textures and colors of buildings, the kinds of trees, and the patterns of light, of breathing in the smells and learning some of the sounds. I'm not an overly descriptive writer (mostly because as a reader I tend to skip those parts in favor of dialogue, plot angst and all right, smut) so I know I'll probably never use everything I soak up in person. I'm fortunate in that every story I've written I've been to the place or have a reader or friend I can call on to make sure I'm not messing things up. Errr, except Regency England. Never been there, okay? Don't know anyone personally who has, either.

Since I'm feeling the need to return fictionally to Baltimore, and I only live a few hours away by car, I took myself down to that charming city for a weekend to fill my head with some more details and local tastes. It doesn't get much more local in taste than these. Berger's cookies. Nate hoarded them and sublimated with them in Bad Company. I'm sure Eli and Quinn have tasted them too. Would you freaking look at the fudgy frosting on these things? They have to make it into another book.

Another thing about acquiring local flavor is the chance to meet local readers. @jmc_bks on Twitter was kind enough to steer me in some directions, and to also first alert me to the wonder that is these Berger cookies and tell me where an addict could find some more. Apparently, there is a grocery store called Harris Teeter. I guess it's no less silly than shopping at a WaWa. Knowing those local names and flavors are the kind of details a writer needs to make the setting come alive for the reader.

Excuse me, but the rest of that Berger cookie is calling my name.
Posted by K.A. Mitchell at 9:41 PM

I'm waiting to see if Miss Shirley's makes an appearance in the next Baltimore book ;)