Contest and How I Got Here 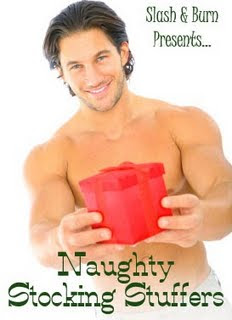 Regionally, people have different names for the same things. If you want a carbonated beverage made from brown syrup, you have to ask for pop west of me, coke south of me, and right here we just call it soda. Similarly, in the household where I grew up, the breaded mush you put in a turkey is called filling, not stuffing, or even dressing. My parents come from the same hometown Chasing Smoke's Daniel Gardner and Trey Eriksson's hometown) of Easton, PA though they attended different high schools. When my dad was at college, he was helping another man hang the long thin tinsel that most people call icicles on the Christmas tree. On the ladder, my dad called down to the other man, "Hand me up another box of that rain." The other man held up the box of tinsel. "This? Funny. My girlfriend calls this rain, too." My dad said, "I'll have to meet her." The result is my genetic history. Oh that magical power of words.

The fact that the Christmas trees in my family sporting tinsel will have rain and not icicles on them and that our plates will get a spoonful of filling and not stuffing are not our only quirks. We also will not be eating the point off our slices of pie first as that brings bad luck. And it wasn't until my age hit double digits that I realized other people decorated their Christmas trees in more than a single color. (I was the only kid in elementary school art class who didn't fight over the red and green markers at Christmas. If the object wasn't blue, it didn't go on Mom's tree.)

When I wrote An Improper Holiday, I had fun looking up historical Christmas celebrations. The game of Snapdragon, which seems like an invitation for self-immolation to a klutz like me, was particularly interesting. When I read about it, I knew it had to go in the book. I'm all for Twelfth Night celebrations. Anything that makes the holiday season longer before we go back to enduring a Northeast winter is fine with me.


That brings me to my part of the holiday contest. I will draw a winner from anyone who leaves a comment here and tells me about a holiday tradition. (Any holiday—hey, we're weird on the fourth of July, too!) That commenter will win a free copy of his or her choice of any of my ereleases (including An Improper Holiday). That part of the contest will be open until midnight EST on December 11.

The first commenter who correctly guesses the color of decorations on my own mono-chromatic Christmas tree will win a ten dollar gift certificate to Amazon, sent via email. (No, Mom—and other family members, you can't play.) This part of the contest closes when I get the first right answer or on December 14 at midnight EST.

And hey, doesn't that stuff look more like rain than icicles anyway?
Posted by K.A. Mitchell at 8:45 AM

Pancake Day, but I guess here it's fat tuesday or mardi gras. However, my mom makes wonderful british pancakes in her heavy-as-fuck cast iron pan and still manages to flip them; throw the pancakes, toss the pancakes, flip them in the air. (And yes, this did once lead to my mother flipping a pancake onto the ground, washing it off, and feeding it to someone. That, however, is not part of our normal tradition.)

Also, as I have yet to be your place, I'm still going to guess purple.

Well, I was going to go with purple but Monday beat me to it. How about gold?

Growing up as a kid, we would all pile in the vehicles and head back to the "hills" (not a hill in sight) and look for a Christmas tree. I lived in an area where still you simply walk out into the forest and find your favourite and chop it down. There would be much deliberating to find the perfect tree, and my uncles and Grandfather would have to wade through thigh high snow in the ditches (we're talking 400 miles north of the Canada/US border so lots of snow by then) and drag home the tree. Of course there would always be one bare spot that had to be hidden against the wall.

Now with my daughter we go to the Canadian Tire parking lot and buy one. Less adventurous, but faster and warmer.

We always opened one present from under the tree on Christmas eve. Personally, I think my parents started this just to shut up my sister. LOL

One of my fave holiday traditions at Christmas time is to go for a nice long walk in my neighbourhood to check out all the holiday decorations.

As for the colour of decorations...I'm going to go with BLUE...you just might be upholding your Mum's traditions. :)

As for my holiday traditions, on the day after Thanksgiving, we go and get a tree and spend the whole day decorating the tree and the house. When I was little, my parents would put one Christmas present under the tree for each day of December. We'd open half on Christmas Eve and the rest on Christmas. We'd have Christmas dinner on Christmas at like 1 p.m. but we don't eat turkey. My mom says each year, "Turkey is for Thanksgiving only so we eat ham and chicken." Then she'd nod like someone just asked her a question. lol

I think I have all your books, so if I win that, I'll donate it to someone else. The gift card, on the other hand... ;)

For your tree: White.

Weird traditions: Dude, we don't have any anymore. For my birthday - which is too a holiday, dammit - we usually try to take a trip out of town, preferably to the beach.

OH WAIT, I do have one! Cold pizza for breakfast on Thanksgiving morning. We haven't done this in a while for several reasons, but my Mom's side of the family, we would all meet at my grandmother's house the day before Thanksgiving. Because everyone was going to be cooking all day the next day, nobody wanted to cook on Wednesday night, so we would just order pizza. The leftovers would go in the fridge, and the next morning, while all the adult women started on the various treats - cornbread dressing (which is neither stuffing nor filling because it doesn't go in the turkey; it's cooked on its own in a pan and served by itself), turnip greens, baked macaroni and cheese, sweet potato casserole, carrot cake, ambrosia (which I always wanted to like but always hated), green bean casserole, the turkey, a ham, and chicken - we would all snack on cold pizza for breakfast. On occasion someone would get ambitious and warm a few pieces up in the oven (not the microwave, dear god; it leaves it too hot in patches and still cold in others), but for the most part, it was all about the cold pizza.

And then later in the day several of the cousins would all fight over the turnip greens and the mashed potatoes and try to avoid the canned cranberry sauce that still tasted like the can it came out of.

As a child my father would take us out to find a tree to cut down for Christmas. We had southern pines where I lived and they were always scrawny. I thought it was a treat to buy one when I got married.

I'm guessing red for your tree.

In my family, we watch Die Hard at Christmas. Every year. It might be because my dad and I both love action movies and my mother, sister, and I all love Alan Rickman, or it might just be that Die Hard is one of the most perfect movies ever made. Who can say? But I knew my husband was the man for me when he embraced that particular tradition with open arms!
(I wanted to play, but I honestly believe I already have every one of your ereleases, so don't pick me!)

I'm happy to guess your tree color, although I think most colors have already been taken. Except pink! So I'll say that. LOL

When my friends and I get together for each other's birthdays, we always make this particular, very easy flourless chocolate cake. This year, a few weeks before my birthday, my friend Jeanne casually mentioned she was thinking of making a different kind of cake for my birthday. After some lip quivering and sniffling on my part, we're back on track with our tradition. ;)

My husband's Italian family always has a Pasta Feast on the Friday after Thanksgiving. We all do turkey on the holiday but it must be followed by pasta. They cook, I eat, it all works for me. I will guess you have an all white tree.

When I was a kid my dad bought me a vinyl record with Christmas songs by ...ahem... the Smurfs! So ever since it's become a holiday tradition and we listen to it many many times especially on Christmas day. Pretty embarrassing but I can't bring myself to stop it - so many years and that record is still "alive" to torture me! ;)

As for your monochrome decoration it is ...bronze!

A holiday tradition? We'd always do the open one present on Christmas eve thing with our family. Oooo. And on Labor day, we'd always go to the beach and have a BBQ or some such. THough one year I forgot to put on sunscreen and, surprisingly for me, spent almost the whole time in the water with a friend. BUrnt to a crisp. Was sooooo bad, that though I was RED on my first day, I didn't go my second day of school cause I was blistering so badly and I refused to go looking like that. >.<

And as for the color of your tree, since all the popular colors are taken, I shall go with brown. Like chocolate.

well all the good obvious colors have been chosen already.. I will say yellow (I really think it is either blue or white but those are taken)
Traditions? We don't have many anymore but we always celebrate Christmas day with family dinner. The best family tradtion is the Sat after Thanksgiving all the girls in my family travel to a local New England shop called The Christmas Tree Shop. It is a discount store filled withanything you need or want! When shopping is done we head across the street to Friendlys for breakfast and ice cream.. yep, sundays at 9AM in cold New England weather! We are an odd bunch!

Orange? I've seen some really beautiful Christmas trees decorated all in orange. It's such an unexpected choice. I love it.

Has anyone guessed teal?

I just want to say that I LOVED An Improper Holiday! LOVED IT!!!!

I don't know who won which part, but I still wanna know what color the christmas tree is.