Hi guys and gals! I hope everyone reading the blog today is well. I'm kind of a flustered mess at the moment, so I thought I'd share a few of my favorite recent reads with you all. 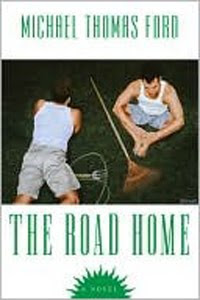 Bestselling author Michael Thomas Ford demonstrates once again why he is the master of portraying the contemporary gay experience, in this moving, beautifully told story of love, family, and finding one's place in the world.

When a car accident leaves photographer Burke Crenshaw in need of temporary full-time care, he finds himself back in the one place no forty-year-old chooses to be--his childhood bedroom. There, in the Vermont home where he grew up, Burke begins the long process of recuperation, and watches as his widowed father finds happiness in a new relationship that's a constant reminder of everything Burke wants and lacks.

Meeting Will Janks is an unexpected complication. Will is the twenty-year-old son of Burke's high school best friend, Mars. After what transpired between them one summer long ago, Burke had hoped he and Mars might become more than friends, but Mars has always pretended that night never happened. Will, in contrast, makes no secret of his interest in Burke, who can't resist his attraction to the handsome young man.

The burgeoning relationship draws Burke out of himself and into the community he left behind. Exploring local history, he discovers an intriguing series of letters from a Civil War soldier to his fiancé. With the help of librarian Sam Guffrey, he begins to research a 125-year-old mystery that seems to be reaching into the present day. The more Burke delves into the past, the more he's forced to confront the person he has become: the choices he made and those he avoided, his ideas of what it takes to be a successful gay man, his feelings about his mother's death, and the suppressed tension that simmers between himself and his father.

Compelling, frankly funny, and often wise, The Road Home is the story of one man's coming to terms with who he is, what he wants out of life, and where he belongs--and the complex, surprising path that finally takes him there. 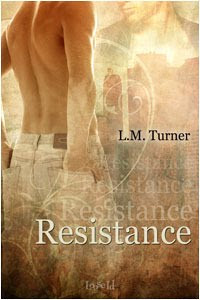 Ryan's relationship-phobic, preferring to live his life from one anonymous hook-up to the next. He never remembers a name, and he never goes back for more. But then he meets Jayden, the one-off who won't get out of his head, his life -- or, indeed, his bed. Ryan remains in a denial, however; he has no place in his life for emotion or feelings, despite how much difficulty he finds in keeping away from the gorgeous, confident Jayden.

It's not until Jayden gets a boyfriend, bringing their non-relationship to a sudden end, that Ryan thinks he might have been feeling something all along. Feeling a lot, actually, but it's too late. Jayden's happy with his new man, and Ryan shouldn't want to get in the way of that -- but he's selfish, and he's had an epiphany, and maybe the only way to get Jayden back is to reveal more of himself than he knows how to handle. But is it enough for Jayden to take a risk on a man who, by his own admission, has no idea how to love? 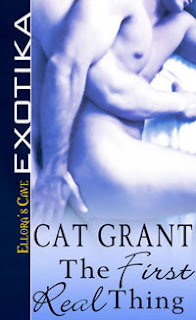 My name’s Cameron. And I’m a male escort. I’m the best, and most expensive, at what I do. I have one rule—never let anyone in.

In five years of hooking I’ve never picked up the wrong guy. But when I met Toronto ad man Trevor Barclay in a Manhattan bar, his soft green eyes and shy smile drew me right in. When I discovered the error I had made, I should have written it off as a mistake and moved on. But memories of the steamy encounter we shared in his hotel room continued to haunt me.

I never should have agreed to see him again, but from that very first night he worked his way under my skin and into my heart. I can’t stop thinking about him. But how can I tell him the first man he’s been with in sixteen years sells himself for a living?
Posted by Amanda Young at 11:09 AM

Thanks for the mention, Amanda. I appreciate it! :)

You're very welcome, Cat. Thanks for stopping by the blog. :D