Yesterday I wrote the last sentence of my current novel “Scorpion”. There are still at least three scenes that are complete crap, the whole thing has a ton of typos, and there are some logic issues, but I have a book. A new, solo-written fantasy novel. I started that one on my holiday in Turkey, in the week before I started work at my new job. That’s four months ago now, and I’m taking into account that for at least two of those months, I wasn’t really writing (but editing, and sometimes just working long hours at my paid job to keep the mortgage payments coming).

When I went to Turkey, I didn’t actually want a new project. I had one. I brought a pile of books to research and had an e-reader full of books I had to review. I got some reviewing done, but most of the time during that week I spent typing on my netbook, writing around 18thousand words about a character that just showed up and demanded to be heard. Kendras – the tough mercenary I was writing about – didn’t take a “no” for an answer, and besides, it was fun. And, yeah, hot. It certainly pressed my buttons. The world where he lives is a dog-eat-dog place. 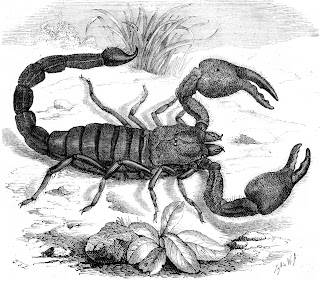 If you’re injured and have no money, you starve or bleed to death or die of an infection. Kendras, shell-shocked from losing most of his unit, is an unlikely “romance” hero. While I hope that one of the m/m romance & gay romance publishers will buy the book, to me, it’s not just about the guy Kendras falls in love with (or has been in love with for a while). It’s also a book on how he grows as a person and what else goes on in that strange place where he lives, where three cities are in constant war, the church pretends that gods exists, human sacrifice is one of the rites that keeps the world going, and mercenaries are as likely to sell their bodies as their swords – and nobody bats an eyelash.

I’m not trying to sell you the book (would be counter-productive, because it’s not out yet and won’t be for several more months). It’s just that right after a book, my head is still not back from that world. I still feel it. It’s very much in my bones at this point.

Apart from the sheer amount of time it takes, it’s also hard to keep writing at that speed. It’s just under 70thousand words and I wrote at least 25thousand of those in the last two weeks, while working around 50-55 hours/week in my day job and being responsible for a financial publication. Getting a magazine to press (today) and finishing a novel (last night), has left me with a feeling not unlike a hangover.

The head hurts, reality is a fuzzy, blurred place, but sleep is for the wicked and a no-no. Choosing between writing and work doesn’t work. I don’t have the courage to quit my day job – I like having a pension and owning a house. But writing is why I’m here and life’s short, so “I’m tired”, or “I worked so hard” is no excuse. My job is to get words out, and that was what I did. If it’s only 500 words a day – that means 3,500 words a week, and a 60k novel in around four months. If you keep doing that, that’s three novels per year. Not bad at all. (And 500 words is not an outrageous amount – this entry has just under 700 words).

Even if I didn’t feel like it, there was always “just one more sentence” and “c’mon, just one paragraph today.” That’s how you write books. That’s how I wrote “Scorpion”, my first finished solo novel in a pretty long time.

I can relax now. I’ve taken Monday off (as the magazine goes to the printer today), and I’ll spend the weekend editing, writing a synopsis, re-writing three scenes. I’ll fill up the fridge with fresh food, do my taxes, go to the gym, but above all, I’m hoping to sleep, rest and recover. (To be ready for the next one.) 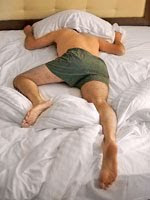 (Images used without permission)
Posted by Aleksandr Voinov at 8:48 AM