From the cutting room floor...

I thought I would share a deleted scene with you guys. This was supposed to be the opening prologue, but it was a little too info-dumpy. This is unedited, since it never made it that far, so please forgive any boo-boos. Otherwise...Enjoy! 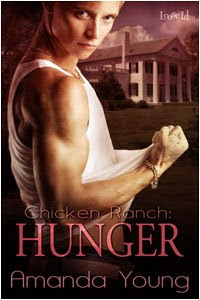 Declan Mayo shivered in the dimming light of evening. Although it was warm, he felt chilled to the bone. Huddling against the unyielding back of a park bench, his mind spun with the implications of what it meant to be homeless.

The day had started out much like every other had since he'd graduated high school the previous June. He'd gotten up, and taken a shower. After breakfast, he dragged his tired ass outside to mow the lawn so his father wouldn't shit a brick when he came home from work. All the while, with the scorching July sun beating down on his shoulders and the self-propelled lawn mower vibrating under his palms, Declan made plans for the future. In three weeks, he would finally leave for college and he couldn't wait. The fear of a single misstep around his old man, and suffering the subsequent consequences, was beginning to wear on him.

His father hadn't always been such a hard ass. Declan had more good memories than bad about his childhood. However, following the death of Declan's mom the year before, Abe Mayo had grown cold and distant. More often than not, he was drunk or well on his way to intoxicated.

For Declan, it like living with a stranger. He walked on eggshells, waiting for his father to blow up in response to any one of many perceived wrongs that had never bothered the man before. Bidding his time and dreaming of the freedom he would have at college was the only thing that kept Declan's mouth shut and his demeanor respectful. Since he was depending on his father to pay his tuition, Declan knew better than to piss him off.

All that came to a head when his father came home from work and riffled through Declan's things in search of a fresh set of batteries for the remote control. Declan came inside to find his father sitting in the recliner facing the door with a beer in one hand and a handful of Declan's dirty magazines in the other.

The screaming match that followed caused their nearest neighbors to call the police. A cruiser pulled up just as Declan was leaving. His cheek stung with the evidence of his father's disapproval. With his father's accusations ringing in his ears, Declan slipped off the property and walked toward town. He didn't know where he was going or what he would do, but he couldn't stay home. His father had made his feelings on homosexuality quite clear.

Declan clutched to the backpack containing everything he owned. A blast of wind ruffled his hair and sent a shiver down his spine. His gaze darted around the abandoned park, seeking answers he wasn't likely to find in the curve of a solid oak tree or the sway of a deserted playground. Shadows closed in on him; the rapidly dwindling light made them appear larger and menacing.

Thunder rumbled, followed by a bright flash of light across the inky night sky. Fat beads of rain tumbled from above, splattering Declan with tear drops as clammy as the ones spilling down his cheeks.

What am I supposed to do now?