Anyone who’s read our work knows Barb and I are huge fans of yaoi. The genre’s popularity keeps growing with Western audiences, with certain titles moving 10,000 copies a month, according to this article in Publisher’s Weekly. Meanwhile, a number of online publishers include a category for fiction written in a yaoi-style.

So whaddaya mean you haven’t picked up a yaoi manga yet?!? It's time to dive in!

These are three of my favorite titles, which also make good starters for newbies to the genre. The next time you’re shopping online at Amazon or visit your local Barnes & Noble, drop one into your basket and give it a try. :D 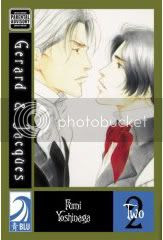 This two-volume series is the first one I suggest for anyone who’s never picked up a yaoi manga before. With the French Revolution serving as the story’s backdrop, Gerard is an aristocrat-hating author (famous for penning scandalous tales about lesbian lovers) who surprisingly rescues Jacques, a young man indentured to a brothel in order to work off his father’s debts. The series has its moments of political intrigue, drama, humor and tenderness that tug on your heart strings as the two men realize their love for each other is more than platonic. Meanwhile, the art is simple, expressive and compliments the story beautifully. (And for those of you worried about such things, the sex scenes are not too graphic.) 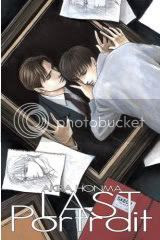 This manga offers readers two thoughtful, artistically rendered stories with memorable characters. The first story focuses on a young artist who discovers he’s in love with his sister’s fiancé, but prepare to be pleasantly surprised by the second story in particular. In it, a wet-behind-the-ears FBI agent must work with an ex-member of Bureau who is only days away from being executed for a crime he didn’t commit. It's not the kind of plot I've come across often in yaoi manga, and the action coupled with drama makes for some great tension. As with Gerard & Jacques, there is sex, but not depicted in an overly graphic manner.


And because I can’t resist a good romp… 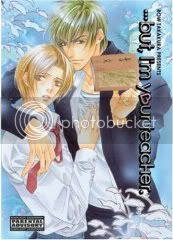 But…I’m Your Teacher by Yoshino Somei

This volume collects a number of short mangas, all of which *do* contain graphic sex. If cute, blushing penises on every other page aren’t your thing, leave this book carefully tucked away in its shrinkwrap. But for a series of fun, sometimes over the top stories, But I’m Your Teacher will not disappoint. (There is just one short near the end of the book that takes a dark, unexpected twist—but it’s handled in a very interesting way.)