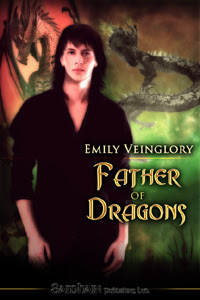 Early last week I was promoing my new ebook release Father of Dragons when it struck me. Technically speaking this book has a scene that is non-consensual, bestiality and MPREG. But not really. I mean the literal presence of a kind of male pregnancy is something I noticed as I wrote it but the other issues did't cross my mind at all!

I've been thinking about this all week because if you asked me if I was into any of these things I would say a resounding: no! Not to criticise anyone who is, but none of these issues has ever, ever been my thang.

So non-consensual to the extent the guy doesn't really know what is going on, not that he's really unhappy about it (until afterwards). And bestiality in that although some dragons in my world are clearly as intelligent as humans, Plegura is not. As Jarvice, rather diplomatically put it:

"Plegura is a swift flier; her flaming breath charred this whole valley. She is, as you remarked, most beautiful—but not, it must be said, much of a conversationalist."

And as for MPREG, it is a male pregnancy but really more like a severe skin infection than a pseudo-uterine fetishy sort of thing. Is this starting to sound like a very long set of excuses?

I don't even really remember what was going through my head when I started writing this story but so far the response seems to have been good. I was in Samhain's top 10 for the almost a week and received mentions form TA Chase, Mrs. Giggles and Elisa.

So I think one thing you learn as a writer... you never really know what you will end up writing about and arbitrary rules and categories don't matter when the fingers hit the keys. The story must out!
Posted by veinglory at 4:38 PM