New Release: Sins of the Past by Amanda Young 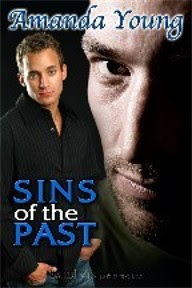 Sins of the Past by Amanda Young
Buy from MBaM!
Two men bonded by love. A long forgotten secret neither knew they shared in common.
Andrew Vought is a wealthy single parent who’s all but given up on love. Ryan Ward is an up-and-coming landscape architect, who’s never believed true love exists.
In each other’s arms, they find the love they’ve sought. But can a budding new love survive the secret both men harbor?

What the reviewers are saying:

4.5 Nymphs
“Sizzling sexual tension heats up the pages from the time Ms. Young’s character meet, and as their journey continues a sweet romance develops and grows. Lust is a powerful factor in this story, but it’s love that gives these men the chance they need for a beautiful future together.”
~ Reviewed by Water Nymph for Literary Nymphs
http://literarynymphsreviewsonly.blogspot.com/2007/08/sins-of-past.html

4 Blue Ribbons
“SINS OF THE PAST by Amanda Young is a charming and sensuous tale.”
~ Reviewed by Christina
http://www.romancejunkiesreviews.com/artman/publish/contemporary/Sins_of_the_Past.shtml

4 Stars
“Sins of the Past raises itself above the average and is well worth a read.”
~ Reviewed by British Bull Dog
http://rainbow-reviews.com/?p=80

Already have this one on my wish list. Congrats on the great reviews.